There is currently nothing that offers total relief from the pain of the world. I mean, there are promises of it… every religion promises it, if you work hard enough and do the right thing enough. Some promise it in the afterlife, others in this very life. I’m concerned more with this life – since it is all I know I have. We have this life here – it’s tangible, if it’s a dream, it’s a dream we believe in and can play it to our heart’s content. Reality is real enough that it makes sense to play the game we’re experiencing while we’re here immersed in it.

I’ve been wondering – where does the individual go to release all the pain of life?

Everyone is pained. Everyone is hurting in some way. The hurt, whether brought on from external or internal circumstances – is hurt all the same. Sure there are blends of them, and they might hurt more when blended.

What does someone do to completely eradicate or escape pain?

The closest thing I’ve found – has been meditation. It’s a mind number for sure. I say it numbs the mind, but in truth it is more of a slowing it down. The natural state of the mind doesn’t appear to be fast or slow to me… it appears to just keep up with whatever one throws at it. Throw little – it slows. Throw heaps – it struggles to catch up.

The natural state of the mind appears to be remaining in sync with whatever surrounds it. A mind that is wound-up won’t be for very long in the middle of a forest while doing walking meditation. It naturally calms. Likewise, the meditative, relaxed, and slow mind isn’t to be found in the chaos of war.

People of the world usually have minds that are restless, or at least usually very active. We wonder if there might be an “out”. Some way to avoid speeding up the mind, and find rest and peace – no matter what the surroundings are like. Today this idea is more important than any other time throughout the history of mankind. We are more stressed, with more to “do” and more to “be” than at any other time – as a whole. The whole of mankind has been tweaked up. There is more to know today than ever before. Nobody is able to remain on top of everything, and so we pick and choose – according to what is important in our lives for: survival; safety; to lessen pain; increase pleasure; increase freedom; and happiness.

Some people do a decent job of it. Others fail catastrophically. Even among those that can manage the stress of the world and what it requires to live at the peak of playing the game – long for a way to escape it all, and yet continue to live safely, with little pain, with freedom, and with happiness. No matter how hard one plays the game, it becomes obvious to everyone that winning the game of life and keeping up with all the stresses and making enough money for yourself and those you love – doesn’t give one peace of mind… real peace.

So there must be something else…

Many search along the traditional channels, beginning with religion. Some think Christianity holds the answer, Hinduism, Buddhism, or some other ism. I haven’t found that to be true, I have found truth within many different religions, but ultimate truth – long lasting and perfect truth – no. I don’t see it within the context of any religion, and I don’t suspect there is any point in looking at a religion as the answer for what we’re searching for. Religion inevitably piles on top of the truths, some ‘fluff’ that is more attractive to pay attention to – and pulls the focus away from whatever truth exists.

This is why meditation is, to me, a worthwhile activity to pursue. Instead of add fluff – it takes away from it. Instead of listening to what a host of other followers say – you practice by yourself and listen to nobody else. It is said that meditation is like an experiment. You learn a lot about the self as you practice. I have found this to be true.

One might think that the self – what we do, what our mind does, is not really such a deep level of study. The opposite is true… there is so much to look inside one’s self, that it’s a source of endless fascination for me. I can’t say I’ve ever been bored by the practice. I’ve been bored by the thought of practicing meditation – yes. By the act? Never.

There is so much to learn about our selves as the mind is corralled and made to pay attention on few stimuli. It is probably the most fascinating single thing I have ever known – this secret that the mind is like a vibrating piece of stretched rubber on a drum head. When anything happens that can be sensed by the sensory organs of the body – it is registered there on the drum head in the form of vibration. More becomes of it after that, but to me – it’s just fascinating to watch as the initial vibration occurs.

Something I’ve noticed is that the initial vibration does not always lead to a giant chain of events, and probably it doesn’t. The potential is there sometimes – and it happens, but usually the chain of events that happens as the result of some initial stimulus touching the mind’s tympanic drum head – leads nowhere in particular. Most times this is true.

The mind is continually bombarded by stimuli, most of which have no real or lasting effect on the individual for very long.

Meditation and slowing, stopping the mind, is interesting because every single vibration outside the self – goes nowhere at all. It shakes the mind ever so gently – and ends there. There is nothing to come of it. The mind remains balanced then. Still – yet responsive. Responsive meaning, it registers the stimuli coming in – it reacts to it in real time, but as soon as the stimuli is finished – the mind is also finished with it. Memory is not triggered to bring it up again. Memory works, it is recording – but, it is not replaying at all. There is no playback, the machine of the mind is only moving forward – experiencing stimuli all the time, and silently – effortlessly, recording it – without going back. 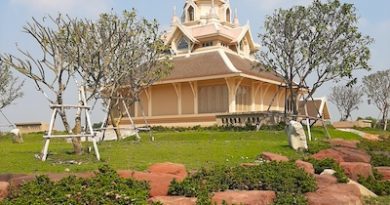