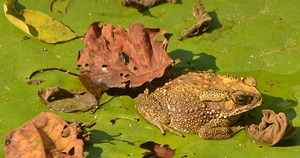 Ang Kek, from Malaysia, left a couple of comments on this site tonight and one of them struck me as profoundly important.

If you know me, I’m not the kind of person to tell you that my experiences of Jhana make me anything special. Besides the simple act of meditating and being mindful of the present moment as much as possible, I did nothing to ‘deserve’ what happened. It just came… easily, and profusely. It was like I had opened a tap on a fire hydrant and the pressure behind the water… was pushing it all out as fast as possible.

I wasn’t particularly saintly before I started sitting to meditate. I didn’t earn it. I didn’t stack up the positive karma through years of great deeds. I had no clue that I would ever have something as mind-shattering as Jhana happen…

I’ll make a notecard note to do a video about that. I’ve talked little about it, and it could be relevant – who really knows? Certainly not I.

The biggest difference between me getting through Jhanas and other people getting through them is that nearly everyone else that has Jhana visit – knows exactly what they are, and what to expect. They are dedicated to reaching them. They have studied intensively, how to meditate according to some tradition – and have teachers and others that can guide them along in the experience.

Those that have Jhanas come, have in their mind a complete cognitive schema for labeling the experience… they know the special names of types of breath, in Pali usually. They have labels for many of the feelings, experiences, sensory stimulation, and other things that go on.

I know very little of that. I’ve avoided knowing it – picking it up because it’s not the true thing… At the risk of showing myself to appear to be a Krishnamurti groupie – the words are not the thing. It’s true though because you call it dukkha, for instance, doesn’t mean you know it any better or worse than I know it… I’ve chosen not to play in the religious sphere regarding meditation and experiences. As a result of that, I don’t often share my experiences in ways that most people studying within some tradition – can grasp them.

Anyway, what I’m getting at – the point of this article… Ang Kek said something about Direct Knowledge. I’ve heard that phrase somewhere and ignored it many times over the years. I’m not a believer in something outside of the human experience – something magical, something otherworldly, something god-like, or something supernatural on any level. I’m just a realist, and whatever we can see and do and experience here – is what I believe in.

Direct Knowledge to me, always held some sort of suggestion that there was something coming into human heads from another world.

That was weird enough that I ignored it.

Hi Vern , thank you for sharing this. I think this is the direct knowledge come to you. The next time you encounter this, you got to write it down cause that might be your job A’s one of my Master also do that. He write down all the teaching in detail. So please do that.

Then I stopped and looked at those two words closely for the first time ever… Direct Knowledge.

Ang was saying that maybe what I have coming through these experiences is Direct Knowledge. That’s interesting.

Now it has some connotation in my mind that it means I’m special for it coming to me – and that is a negative… More looking at it, and I have to admit that things that have gone on after meditation have been quite astounding. Direct knowledge? I guess it might be called that.

I don’t imagine someone outside our world looking at me and others that are having these incredible Jhana experiences, and sending us special messages of direct knowledge to us, or giving us the experiences directly. That might well be happening, but, as I said – what I can see here, and experience here – that is it. That is all I can “know”. What might actually be happening with gods, spirits, devils, angels, aliens, whatever might be out there – is all a big mystery and I don’t have any insight into that. I’m not looking for any truth in those areas – I think they are probably just beyond us until whatever time that “other” decides to reveal something to us.

Where I heard the phrase ‘direct knowledge’ before, was the dharma. Dharma is said to be direct knowledge. It is extremely important in Buddhism. Monks that teach other monks and laypersons give ‘dharma talks’, sometimes with parts of their talk comprising direct knowledge they experienced on their path to ‘freedom from suffering’.

Am I a dharma conduit?

It’s almost funny, if I wasn’t seriously asking myself this question. Does dharma come to us in this modern day? Or, is dharma only from the Buddha and other ‘accomplished’ monks?

Something that is notable, is that at the time of Buddha’s death – none of his words had been recorded on any media. Actually, for about 4 centuries – nothing was written down regarding his teaching. That’s 400+ years. How much of the original message was intact after that long? It’s like us looking back to the year 1600, at a person in history that made a big impact back then – and who many people followed – even to this day, but nobody wrote anything down that he said. All we had was what was passed down orally for 400 years. How much do you think didn’t get distorted? I think it’s safe to say, whatever we wrote down this year about it – was, in general what the man said, but not exactly. It couldn’t possibly be anything resembling exactly.

Is this a reason, or a partial reason, for the situation that we find ourselves in today?

What I mean is – how many enlightened people that have passed through human suffering and reached nibbana or anything similar?

Me neither. Nobody. I’ve not met even one person. I’ve asked on this site and some others – who is there? Who can we look at as an example of what there is to aspire to after a life of meditation… Someone points to Jiddu Krishnamurti, or Gunaratana, or Thich Nhat Hanh… I’ve not met any of them, but, are they Buddha material?

Still, how many people across the globe could hold company with these people? Another 100?

Are there just 103 people out of 6+ billion that have this sort of experience, character, _______? Whatever one wishes to call it.

Is what they are saying about meditation – direct experience? Is it divine? Is it dharma? Is it the absolute truth?

Maybe some of it. Why not?

I have this idea that Jhana experiences and the process that started inside me is something that is available to each and every person on the face of the earth. I don’t have any experience with past lives and karma in my practice. I don’t know anything about that. As a result, I don’t believe any of it. It might well be true… and I may experience something related to it later on as I continue to practice, but at the moment – it’s just hearsay.

Just comparing claims to reality – I have a problem with people saying they are able to recollect 100,000 of their past lives, and even countless past lives, when they are not sitting there for years and years doing it – they just come out of one short meditation session and say they’ve recollected tens of thousands of past lives.

Yeah, uhm, how’d that happen? You were sitting there a couple hours… how many of those past lives were you recollecting each minute? Each second? And you were counting each one… How long does it take to count to 100,000?

How many facts about each of those lives did you remember? 10? Would 10 distinct memories about 1 past life mean that you remembered a past life? Or just 2-3 memories? Maybe you remembered your mom was named Doris, and you had a dog that you called Skippy. You lived in Mexico… is that enough to call it a past life?

So, I’m skeptical about some things I hear. If I didn’t experience it – it didn’t happen. I have to treat it like that.

If I suddenly start having my head fill with memories of people I didn’t know in this life, and each person I see in my head has a couple facts attached – am I going to start proclaiming I have had all these as past lives?

I kind of think not. Let’s see what happens.

I think it must be somewhere along the same lines as just “knowing” that these were past lives. There is nothing you could ever verify from these memories, but for some reason people come out of their meditation session – in awe that they were all of these other people in past lives before their present life.

Anyway, so, if we have a meditation experience… say Jhana or jhana-like – should we be recording it in as much detail as possible?

Is it direct knowledge? I guess so. It was done directly by us – it happened. I guess we should be writing down everything that happens – right?

Because if I tell you – you try to duplicate that. By doing so – you are attaching the idea that:

2. If it happens a different way for you – you might discount it – discard it, as not real because it didn’t happen that way for me.

That’s one of the big issues (problems) with why people aren’t getting anywhere during meditation. They are listening to a teacher or someone that has detailed every single experience for getting into Jhana – and their own experiences are not following that exact same path. So, thinking themselves ‘wrong’, they either stop or continue trying to do what their teacher is telling them. They keep trying to get there the way someone else did or is telling them to.

The other thing is… if I tell you in detail for 30 minutes or so, about each Jhana – you are going to be blown away by it… and you know what? It’s totally impossible to tell you everything – to give you the feeling of Jhana – it must be experienced. There is no way to put it into words that approach the experience. There’s just no way. So, I could write flowery descriptions of it here at this blog, or I could do a video and talk in-depth about the experience – and you would still know nothing of the flavor of the experience until you actually have it for yourself. When you do, it will likely not be exactly as mine was – or, you won’t remember it exactly in the same way – so, is there any sense in telling you in great detail how it all happens, and what happens?

Hardly any point, if I care at all about you also seeing Jhana come one day.

And I really DO…

That said, I’m going to do some videos about some topics of meditation, some of the experiences, some tips that I think might help some of you skip ahead into the jhanas. I won’t tell in any great detail anything but will show you the one key feature to progressing through all of them… letting go.

So, my question tonight – that I still haven’t answered, is…

Maybe the answer is just to write it down, whether I decide to share it here, or not. Maybe I can learn from it – and maybe give a more skillful or appropriate talk about it at some point in the future…

Let’s go with that for now…