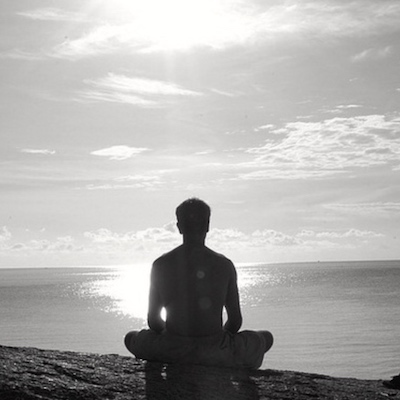 I found this in a folder of old files I’d left up on Google Drive. I’m glad I kept so much of my journal entries. This one is a doozy.

This was written on the day I decided I was moving to Thailand. I didn’t know if I’d become a monk or stay at a temple for a long time, I just knew that something needed to radically change. I wasn’t a good person. The ego was in control. The ego was out of control.

This was years after I meditated and reached Jhanas. Only this year (2004) did I find out that the things I experienced were called Jhanas and had a name and were a part of what the Buddha experienced. I ran from meditation, forcing the ego to build back up. I forced myself to go out and drink, to find another girlfriend, then another. I ignored meditation and did whatever I wanted. I wasn’t going to radically change and lose “ME” like meditation was leading me toward. Well, it was fully changing me by then, to be honest.

Anyway, here’s the journal entry. I realized something MUST CHANGE. I moved to Thailand November 4, 2004 from Florida.

it uh, happened today – the decision- it’s made. it was made in just a few minutes after I said hurtful things to my ex when she was asking for help with a computer problem and i realized that this hurtful EGO must go its brilliant and creative and witty and so steeped in logic and impatience and other negative things of this society and world that it is of no good to anyone really even less to this one the thing that is “vern” is based on life it is capable of living life in the human terms and in doing so – causes more of the same human terms human responses human hurt human heartache human misunderstanding human attachments human impatience emotional human cycles, spiritual human cycles physical human cycles all human negatives

Perpetuating the cycle of materialism and struggling to get ahead in life of re-cycling the emotional negatives of jealousy, greed, selfishness, sexual proclivity, over and over until it is part of one and a large part of the EGO is unnecessary and this one saw that tonight just a half hour ago and up through now it is still unfolding vern will make this letter to Luna and then save it as a journal entry because it is definitely unfolding more as the minutes go on.

for 8 yrs vern has piled on the human drama looked deep for meaning in the human mess caused much human mess and he ran a race a race to compete with the rest of society, with wit with words with faster reactions than those around. and he did well in society and so he immersed himself deeper living it to such a degree that he breathed it he has been fully stoking the EGO for 8 yrs since running from the process and the EGO is huge now it’s selfish as royal hell it is larger than what vern’s body can keep in check and larger than most by far and its subtilely there when vern wants to contain it – because vern understands society’s games when it’s ok to do this or that and the ego is monstrous in vern right now it has been given the go-ahead to accumulate societal tools to do battle and he is a battler a proud being nurturing over 8 yrs that which is a figment of fluff the EGO it is not really there at all – it is our self interest our total subscription and succumbing to things societal earthly that allows the EGO to thrive mandates that it thrive and vern’s did and he played the game well for a time

And it happened just not long before this moment the realization that vern had just said two hurtful things to someone that means the world to him and others to someone that has played the game and is not really winning or losing – but, just existing and vern demoralized her with his stupid fucking intolerance and impatience just blitzed her with it when she needed his help and killed her ego in 2 blows her stammering voice wasn’t enough after the first one – it came out again and the underneath of vern – that which is always there observing that total awareness underneath saw it happening and watched how the ego noted the first blow to that fragile girl – but, it was too late – it was already running with impatience, misunderstanding and self-interest because that is vern at this time and the underneath saw it the 2nd time and that was the trigger the trigger to end it after 8 yrs of assinine motion thru life in this society and Vern’s ego was so large that it imagined that the start of the “process” again would just come upon him he’d find himself sitting one time – without having consciously made a choice and that would be the beginning of the end of the one they know as “vern” and it is a much different way that it is happening now in reality.

and of course it is vern’s ego doesn’t know anything except boasting and confidence in the words and thoughts of its self and so he imagined (and really knew it as truth) that starting the process would be an unchosen path that just “happened”,

and it’s not that in truth now at all is it vern?

And Luna doesn’t know this but, vern would hike the mountains in Maui for hours at a time by himself just walking up these incredibly beautiful trails that were steep and offered no shade and while he walked vern would think about a god whatever god might be there and ask it to show him that it is there to give vern a sign that the god of the bible is real or the god of some other people is real or something that tells unequivocally (sp?) whether there is a creator of mankind at all.

And vern would ask in a way that he reserved especially for the god as he imagined the selfish, evil and jackassed god that caused such pain in the world vern would tease god and taunt him vern would curse him in the most innovative ways out loud as he walked to see if god might send lightening or make vern slip over the edge – or something anything and of course there was never any sign at all.

And just tonight dumb ass vern realized that the sign was given – 8 years ago what more could god do for me The sign was there and was more real even than people that I meet in front of my face the process that was started inside of vern changed the ego radically for a time and changed vern into one that was incapable of harm or damage to someone else’s EGO or self Never once in 8 yrs did vern consider that the gift of the process of awakening came from a god and yet tonight it seems plausible at least.

You are perhaps one of 100 million that gets the gift of bliss and you pushed it away and ran from it with your life. So now, you have this life… this hellish life and it is only what everyone else has… you have intelligence and wit and are proud and boastful and you had this life at a level that few have and what has it brought to you? can you be nice to even someone that means so much to you? put the ego aside and be nice and compassionate?????????? you cannot anymore. you see it now. there is nothing to do but lose that Vern that has become an ass of the highest degree.

do you see some other option? does lynn deserve less? does your little boy Justin deserve less than that from you? it is the highest attainment in Buddhism and it is at your door. been there for 8 yrs. you do not even think the dalai lama has it, and you can have it. You have not met anyone that has it and yet you can BE IT.

and life will be sorted out from there… you will be good to lynn and Justin and everyone you meet. a positive force in this very negative world. and you will be helping Justin and lynn be better too.. and helping rid the world of an extremely negative and powerful EGO that is in no sense living anyway