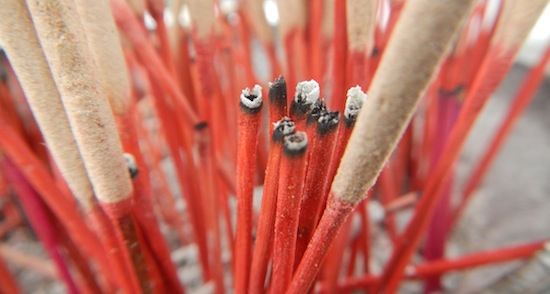 Last night an odd experience came to me as the body prepared for sleep. I went into one of the other rooms to see if we had another sheet for the mat I sleep on. I stood in the room for about 2 minutes. Not doing anything. I remembered why I was there, but I just stood doing nothing. There was no thought going on and there wasn’t any urgency about what to do next.

Eventually, I walked out of the room and back to the mat. I laid down. The mind was still. No thought. There began to appear a picture in the mind. It was a picture that brought with it at the same time an action on the mind. Hmm, this will be so difficult to describe.

It was as if there were three or more rectangles in front of me. They were overlapping, but not smoothly – they were the same size, not concentric – meaning, they didn’t fit inside each other one smaller than the one next to it… They were the same size. Each rectangle held a picture inside it. The rectangles would go together and seamlessly overlap for a second and then move outward from each other, each holding a part of the picture of reality. When they were all together I knew this is what I, Vern, experience as reality. When they pulled apart from each other I not only saw the change – how reality is put together by these overlapping parts – but, I FELT IT – in my mind… It was as if reality was disintegrating within the mind too.

I think I’d better draw some Photoshop figures and see if that helps explain what was going on because I don’t think you have any idea what I’m saying at this point. Be right back…

The rectangles started out like this. I could see that there were a few of them and that they were the same size and overlapping.

Then they began to move in 3-dimensions- forward and backward – away from each other and then back toward each other – quite random, not in any pattern.

As they did, I could see individual pictures in them – as if the rectangles represented my field of vision. I could see the world in front of me in those pictures.

Then the rectangles moved as they did above and side by side, or left to right away from each other and back toward each other.

As they did this I felt as if the rectangles were actually part of my mind… the makeup of my mind. As they moved I felt reality in my mind loosen and then focus as the rectangles came close to overlapping into one rectangle.

Reality felt very contrived. It felt as if it was only held together by the mind piecing it all together. This is the second strong experience related to reality not being what it’s usually accepted as being. The other time was when I was at the top of the mountain and looking at another limestone karst a couple of hundred meters away. All of the sudden the entire landscape in front of me turned to 2-dimensions. It created interlocking puzzle pieces of the entire scene (my whole field of vision). The pieces started to shake as if they were going to fall apart and break up the scene…

Ha! I just watched the video – apparently, I forgot to tell about the experience of the mountain turning into 2-dimensions. I just told about how I felt like I was supposed to focus on one spot… Ok, I’ll finish it up there so you can read it. Strange I forgot to put it in there. Ok, finished it.

Getting back to this experience… the rectangles continued for a few minutes or so and so did the feeling that reality was unsteady… it was unstable, it was not real. just an illusion that only appears steady when all layers of it are functioning in unison – like when the rectangles are aligned – I felt a stronger sense that reality was what I’d always known it to be. As the rectangles move apart – accordion-like, or from left to right away from each other – it was as if there was no more time – time wasn’t functioning well. Or, a better description was, I was outside of time. I had no sense of time. It was quite odd…

I’d hear chickens and cars passing on the road outside, a voice outside… and there was no timeline to what I was hearing. What came first? The car or the chicken? It was as if time was one piece of the reality puzzle that was getting misaligned as the rectangular pieces moved around in front of me. Time wasn’t felt anymore. It wasn’t tangible at all.

For the next 20-30 minutes (not sure at all) there was an acute awareness of perceived stimuli starting and stopping. Sounds, tastes, pain, touches, etc… I watched as each thing I perceived affected the brain and then stopped. Then the next thing would be noticed, perceived, and stop. And again and again. It was an endless chain of things as the mind perceived something every time the thing it perceived just before stopped. The mind’s attention went from stimuli to stimuli.

I gradually fell asleep as this was going on.