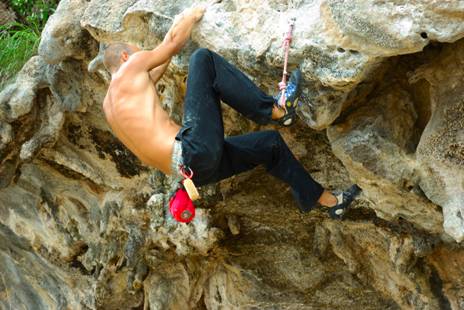 Alan Watts, one of my favorite speakers, has said that the feeling of ourselves, the feeling of the tangible self inside is nothing more than the muscular tension about the abdomen or chest area. I wanted to share with you what I feel the tangible me to be, because I agree with Alan, and yet to me there is some more to it.

As I’ve said here before, I seem to have 2 states of being for the past few years. One state is “doing” and one is “nothingness.” When I’m doing, I can accomplish things. When I’m nothingness, there are no thoughts or feelings, nothing literally, to do or be. It’s like a flatline state of the mind. I can see, I can smell, I can touch, I can taste… but the stimuli from the senses don’t mean anything in that state. The mind isn’t engaged to make sense of them. It’s like a pure state.

I’ll look at the feeling of me from each state of mind. Here is what I feel of me in the “doing state”.

While doing, like while I’m typing this note, if I take brief moments to ask myself where the me is, I can say that the me appears to be in a few different areas. I have layers of awareness of the levels of me that are all adding up together to give me the appearance of a separate me.

As I write, the primary feeling is that the me is on the screen and making the letters appear in words, sentences, and paragraphs. When I write, there is no real perception of me that is greater than this one. It is as if my being is right there on the screen and coming out of nowhere. I don’t see a connection between me thinking up what to say and it being put on the screen, it just arrives on the screen in a nice format. Me is whatever is spilling out on the computer screen.

If I choose to pull the focus away from that, I can look at the fingers with my mind, as they jump around across the keys. I type somewhere around 80 words per minute on average so my fingers are pretty active. If I look at them as they dance around, I don’t have any feeling of me in them. They just seem to be going on their own and I don’t feel like there is me inside them. They just appear to be a tool to express the me, but I don’t feel any me going into them or giving them any input so they can make words appear on the screen.

Hope this is making sense. It is very difficult to put this into words, having never done so before.

Then, if I pull the focus closer to the main part of my body, I don’t feel any real me until I get to my head. In my chest is no feeling of me. There is no discernible muscular tension as I type. As I do other things, I’ve been aware of a feeling of tension in my chest that seems like it can be identified with me, at least until I look at it intensely.

As I look into my mind and search for me, I seem to find something there. I can only describe it as a tension of the mind. Of course there are no muscles in the brain, but there is some sort of tension or pressure in the mind that feels like the center point of me. This feeling, this pressure, is there in varying amounts as I’m doing something. The feeling of me is probably strongest when I’m driving here in Thailand, with my four year old daughter in the back seat, and someone cuts off our car or does something else that is very dangerous and that could harm us.

There is a tension inside the mind at that time that is palpable as it ever gets. The ego roars, and the fight or flight response is there, very strong. It may be something physical, adrenaline, that causes the feeling, I am not sure. But I don’t think there is another example I can give in which the feeling of me is so strong. So, it is there in the case of anger, fear, danger, and maybe it is the presence of adrenaline or something else being released by the pituitary gland or some other gland that causes it.

The feeling of me is flitty. I can be typing here and feel the me in the screen, and then stop for a second to think about what to write next, and the feeling of me may disappear altogether. I may find myself unable to put thoughts together to continue writing. This happens as I write books a lot. It is like the mind wants to slip back into nothingness and flatline at the first opportunity. Other times I can concentrate for hours on end to write a book and the doing doesn’t seem to cease, it just continues on as I need it to.

Likewise, after someone does something dangerous in a car around us while driving, the feeling of me can go from full on, down to nothing within seconds. It may happen this way as I realize that the car that just swerved into my lane, was avoiding crashing into a car in front of it. Or, it may be that I realize in my mind that people are fallible and that driving is a scary thing to many people. They are doing the best they can. This has been going on since meditation fifteen years ago – this quick reset back to a low emotion state, low ego state, low fear and anger state when some realization has taken place about the reality of life.

We don’t have hot water in our home in Thailand. When I shower, I pull water from a large tub and splash it over me with a scooper. When I do this, the water is quite cold during January to March or April. Still, I don’t feel me as the water hits as long as I’m not ‘doing’ something with my mind that is paying attention to the water, the cold of it. If I am anticipating the cold water, it may affect me. Maybe 95% of the time I’m not thinking about it and I just walk in and start splashing it over me. I know the feeling is different, from memory of what it used to be before I had this ability to separate a me from the body.

When I have a headache or some other pain in the body I’ve noticed that for years I can disassociate myself from the pain when I look closely at it. As I study the pain, I come to the idea that the thing in pain is not ‘me’. It isn’t my self. When I look at it this way, it doesn’t have anywhere near the ability to affect my mind. My mind doesn’t feel it as much. I don’t feel it as much because I don’t feel it as me. Like the cold water splashing my arms, legs, chest and back, none of those are me and so none of them affect me.

When I am doing and I look inside the mind to figure out – where is, what is me? I usually feel some tension in the head that I call me, but then it quickly disappears as I let that go too, and return to the flatline state.

Even while doing some things, I can return to the mindless, flatline state. While typing here – I cannot. It just doesn’t work. I don’t know why, but I’ve tried it before. The mind has to be running, doing, working, in order to make this happen.

While running, I can briefly go into the flatline state. I’ll experiment next run and see how long it can last, but I think previously when I’ve experimented with it, I could go for a few minutes before the me came back into the picture.

OK, so that is something about the feeling of me when I’m “doing.”

What about when I’m in the empty, flatline state?

The feeling of me when I’m in the flatline state is absent. It just isn’t there at all. It isn’t in the hands, feet, legs, chest, head, or anywhere. It is literally like Vern is dead. Dead meaning not there at all. Like all that made up Vern, the thoughts, emotion, voice in the head, tension in the head and chest, all of that has ceased. Vern is completely gone.

It isn’t a bad feeling. It isn’t a good feeling. As I type this and think of the couple minutes I had earlier today in this flatline state, it seems to be a nice state. It is a state without worries, fear, wants, needs, emotions, expectations, responsibility, there is nothing of this sort of thing realized at all in the state. So, outside of the state I can look at it and say it’s a ‘good’ state, one that seems to have some value, at least for relaxation of the body and mind.

Is it the natural state? Is it the state the mind wants to incline toward, and yet cannot in most people? I don’t know. I can’t say at all. Is there something about it that makes it better than the doing state? I don’t know. Though it has been some years since this occurred in me, I am still kind of puzzled by the whole thing. It is a state in which nothing seems to be taking place except the body is there, surviving, doing what it does without needing a me to tell the heart to beat, the blood to pump, the hormones to be disbursed, etc.

Sometimes I wonder how long one could survive in that state. The doing state appears to be necessary for things like going to get food and going to the restroom. Though, those tasks could also be done in the flatline state. I wonder if they would just pop-up as one gets hungry enough that the body must have food, or die.

Anyway, I think I’m going on further than I intended.

Have a nice January…