“Monastery in memory of” (King Yod Chiengrai established the monastery in 1492 in memory of his father.) This temple is also known as ‘Wat Tapotaram‘ (“Monastery of ascetic practice”) and lastly, ‘Northern Insight Meditation Center‘

Located 4 km southwest of Chiang Mai. The easiest way is by tuk-tuk or bicycle.  Or, take city bus #1 or songtaew west 2 km on Suthep Rd. to Phayom Market (also called Suthep), then go south 2 km to the wat (can take tuk-tuk or songtaew). Wat Umong is only 1 km to the northwest. TELEPHONE: (053) 278-620

Intensive vipassana meditation based on the Four Foundations of Mindfulness. Mahasi Sayadaw techniques are used.

Instruction and advice are given during daily interviews.  Dhamma talks in Thai are presented on the night before Wan Phra.

Buildings are closely spaced on the 15-rai (6-acre) grounds, with some trees and grass. The central stupa dates back to the founding of the wat in 1492. The glittering new building serves as the Tripitika Library; it contains collections of the “Three Baskets” of the Theravadan scriptures in Thai, English, Sanskrit, Sri Lankan, Burmese, Mon, Korean, and Chinese languages.

Meditators are encouraged to try to practice 20 hours a day, lying down to sleep only at night. Meditation generally follows a cycle of bowing (kraahp), walking, and sitting. Individual interviews take place daily except on Wan Phra holiday in the early afternoon. Practice typically begins at 4 am. wakeup. Meditators have the freedom to determine the schedule that works best.

Adequate! Vegetarian meals can be requested and is generally available. Rice porridge and a vegetable are served at 6 am., then the main meal at 10:30 am. Monks and novices go on pindabat.

Individual rooms with electricity and Thai-style bathrooms (bathing from jars; Asian – and a few western-style toilets) with running water.

Recommended, because the center is often full.  If all rooms are full, you can sign up on a waiting list. Alternate accommodations may be available too. Writing, or better visiting in advance, enable you to reserve a space. Busiest times are the tourist season (Oct. through March) and the Rains Retreat (3-month period beginning mid- or late July). Preference is given to those planning on staying at least 26 days for the whole course and those who have practiced here before.

Can be requested by committed meditators wishing to be monks or nuns.

The course takes 26 days to complete, but you should stay for one month. Because practice is individual, you can arrive and begin at any time. Meditators may be accepted for shorter periods if space is available. The 8 precepts are observed. Traditional white clothing is worn. Teachers allow some socializing, though care should be taken not to talk about or disturb others’ meditation. A small foreign library has books in English and a few other languages, Dhamma talks on tapes, and books and tapes for learning Thai. The library is available to meditators who have finished the 26-day course and to outside visitors. The wat is popular with both Westerners and Thais.

Like Wat Umong, this monastery fell into disuse sometime after its founding. During WW II, Japanese troops occupied and badly damaged the site. Reconstruction of the viharn began in 1971. In 1974, Prakrupipatkanapiban, the abbot of Wat Muang Mang and headteacher of a meditation school in Chiang Mai, came here and stayed; he’s the current abbot and now has the name Prasuprommayanna Thera. Meditation courses at Wat Ram Poeng began in 1975. 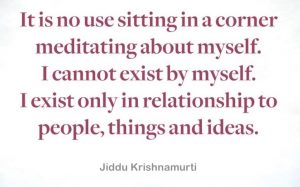 We are a participant in the Amazon Services LLC Associates Program, an affiliate advertising program designed to provide a means for us to earn commission by linking to Amazon.com and affiliated sites. Amazon and the Amazon logo are trademarks of Amazon.com, Inc, or its affiliates.