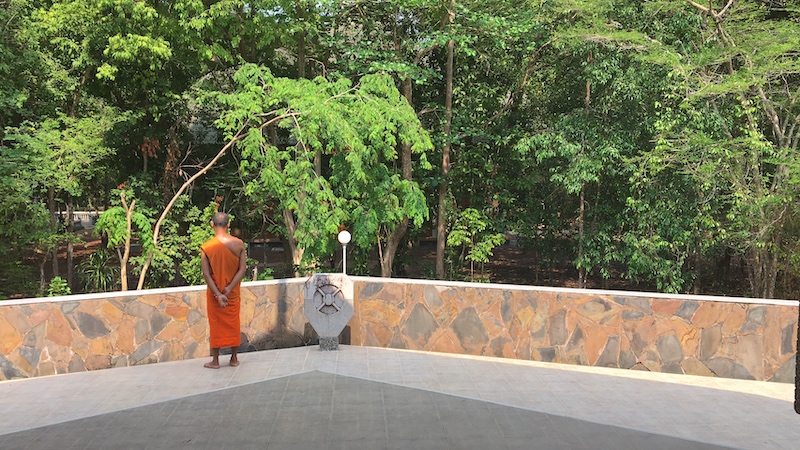 I was just thinking that it would be good for me to put down in writing some sort of timeline for the way things have happened for me since starting meditation. Often times people read this journal and don’t understand why I have a girlfriend (wife) and live with her here in Thailand – aren’t I close to enlightenment?

Do I need a girlfriend? Do I need sex? This might clear it up a bit. The experiences started a long time ago. I quit meditating for years and then recently have begun again. Having a girlfriend or not having a girlfriend is neither here nor there. I can have one. I may not have one. No matter. If tomorrow we go our separate ways, no matter… I’ve had such a wonderful experience knowing her and we’ve had great times… but if she is here – wonderful. If not – it’s not devastating.

Whether I’m close to enlightenment is anyone’s guess. I stopped guessing as I don’t care anymore. Enlightenment, if it’s to be – will probably not be earth shattering. I’ve seen a lot already. I’ve had glimpses of it. It will likely be anticlimactic and won’t matter when it happens.

Anyway – here is a timeline of things as they occurred. Dates are there if I can remember them. It does go in succession earliest events to most recent.

1995 December Went to visit wife’s family in Gibson City, Illinois. She’s Thai. Her dad and mother were born and raised in Thailand and emigrated to USA so he could become a surgeon – which he did. He showed me meditation, introduced me to Forest Meditation ways, sitting meditation, Jack Kornfield books, Buddhadassa Bhikku, Ajahn Chah, and S.N. Goenka’s book about Vipassana Meditation. We meditated a few times and he taught me the basics of Anapanasati.

1996 After reading the Vipassana Meditation book by S.N. Goenka I started to sit regularly for 15-30 minutes on the floor in a half-lotus position.

During 10 months of this, I was able to find various levels of concentration… by focusing on the breath. At times I could concentrate on 100 breaths or whatever number I chose. When I got to that point I changed the meditation to focus on what arose – whatever sensory objects occurred. Sometimes it was breath, sometimes pain, sometimes there was nothing at all – it felt as if I had died or the ego had died completely.

I had many weird experiences during these months – and no teacher. I wasn’t Buddhist. I wasn’t anything. I was a guy that was just trying meditation by himself – along the lines of what the Buddha did. I didn’t have any ideas about becoming enlightened or progressing far down the path toward nirvana… I sat mostly to relax my mind from stressful days working.

I became a bit concerned by the bizarre experiences. They were fantastic and bizarre and I didn’t know – was I becoming mentally unstable – or was this natural? Normal? I looked for answers from monks living in the USA at Thai Buddhist temples (Theravadan monks) and many other resources. Nothing explained the depth of my experiences. I could find nothing written about the detailed experiences of Jhana and other things that were going on inside me.

Scared I was “losing my mind” – which I was, but in a good way I found out later – I abandoned all meditation practice and ran AWAY from it. I read nothing. I didn’t sit anymore. I practiced no mindfulness.

Immediately the process that used to happen ONLY during meditation sessions began happening at any time I was awake. I’d be walking in the park, driving a car, working, whatever – and I’d slip into a state of pure experience – where the mind was absent. It stopped. There was no naming of anything – just pure experience of things as they were. The process seemed to be going on by itself. The “Letting go” or running from the process seemed to have started it in earnest – much more intense than it was before. This went on for months – well, years – but for months very often a few times a day down to its present level of once every couple days on average.

1997-2004 No meditation or mindfulness practice. Well, very, very little. I was afraid of it. The process still came sometimes and I didn’t push it away – but I didn’t encourage it – I just ignored it and let it happen and go away. It came and went over the years as it did without any input or reaction from me.

2004. I finally found Santikaro – an ex-Buddhist monk that told me he thought my experiences sounded like Jhana. They were normal experiences. I was amazed that the experiences were normal. I meditated a couple of times to see – could the mind easily stop like before as I sat? It did. It came very easily compared to when I first started to meditate so many years ago.

2004 November I moved to Thailand. I met with some senior monks who told me the experiences were Jhana and that I could continue to practice with them at the temple. I declined. I started meditating a little bit – nothing regular – but if the process came to me – I’d sit and watch what happened, not attaching to it – just watch. Sometimes I’d sit and focus on the breath. When the mind calmed, then stopped I’d watch other sense objects – pain, heat, thought if it popped up, sounds, etc.

2005 I visited Wat Pah Nanachat and spoke with the abbot of the temple who told me the experiences I had sounded like Jhana – and why don’t I stay at Wat Pah as long as I like?

2007 I was living near a temple in Krabi Thailand that had a long flight of stairs to walk up. So, I’d walk up for exercise a couple of times a week. Then daily. Sometimes I’d meditate at the top. I began having some intense experiences, one of which was a period of over 6 hours of no thought – no ego – no emotion – no drives – no ambition – no anything… It occurred at the top of the mountain – and lasted the whole day and evening. I’ve detailed it here on the journal somewhere.

Recently (2008) when I’ve sat to meditate I notice that there is no ‘watcher’ to watch the breath at all. To watch the breath – to focus on it requires something that isn’t inside anymore. It’s gone for some reason. There is none of the usual thing that watches breath when there is silence.

When there’s silence now – when I let the mind stop – and just watch – there is nothing watching. There is just silence – the most profound silence. Stillness.

It’s as if I’m in that state – where there is no time, no wanting, no being, no happiness or unhappiness – no dichotomy. Nothing is running through the mind filter – it’s just pure. Nothing is changed by the mind – just experienced as it comes up and goes away… rising and falling of different objects are noticed…

That can go on as long as I let it – but usually, I just sit 30 minutes or so and then get up and do whatever I felt like doing.

That’s the state I’m in now. While the mind is working – doing things during the day – it is active and does them. When I stop mind candy coming in – music, computer, doing something – there is an absolute stillness of the mind immediately. It’s quite odd!

I’ve been thinking to get a bicycle and roam around to temples here during the day and sit when I felt like it and be mindful of the stillness the rest of the time. I’d like to keep a journal of some sort – but usually when I get in any kind of regular practice the desire to keep a journal of any sort disappears quickly. There’s just no motivation in that state to be recording anything – to be doing anything – what is it worth? What is the purpose? Now I can see the purpose – to share it – but, in that state – when it’s so silent and any doing – is not worth it – it’s impossible to contradict it and record something consistently.

I went for months without writing in my journal after about 5 months of meditation because the urge to record disappeared. I think the same would happen this time.

So – as it is today I’ll use the restroom and eat my bananas, drink my instant coffee and walk up the temple steps. That’s what’s planned. If it happens – great. If not – no matter.

Not sure if there will be any decision to go mobile and live at the temples for a while, guess we’ll see what happens. There’s no feeling that I need to. Yet no feeling that I need to continue in this way – working on the internet and going about life in the way I have for the past year either. Sometimes I think that this might be a good chance to let it all go for a few months and see what occurs. Sometimes I think – no matter, can do that anywhere. 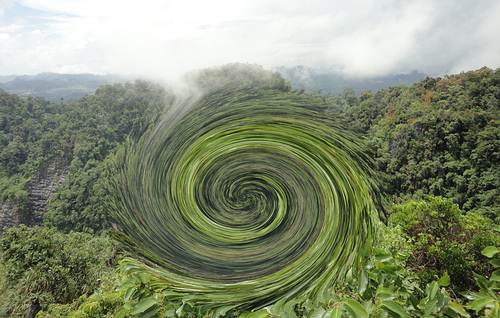 The World is Illusion