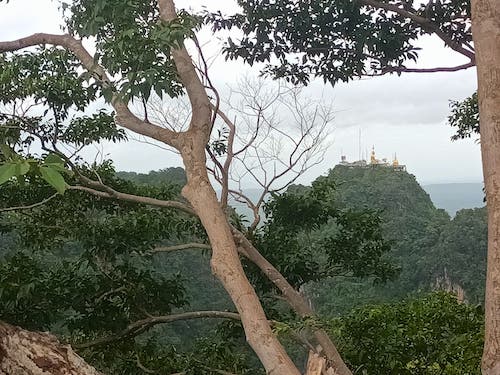 Questions and Answers from a reader of my books “Meditation for Beginners” series found at Amazon here.

I bought both your books and would like to know something about meditation. I still cannot find a comfortable temple or a guru/monk to guide me. I also do not find group meditation for 10 days retreat a viable option. Reading so many books and have too many ideas. Yours is the best, concise & straight to the point!

If it’s not necessary to learn those Theravada chanting and go temple. Why are you in Thailand?

Is there something mystical or there are monks to guide you there? But guide to where and what? It is very hard to find the right monk to guide and memorizing those chant are hard (since i am also now working)

These are all good questions. The first questions I’ve had a number of people ask me about, so it will be good to answer here.

Is Chanting Necessary for Meditation to Progress?

No, learning to meditate has absolutely nothing at all to do with chanting. It isn’t necessary. Some people do it and some people make progress as a result of chanting. But I believe that faster progress can be made without chanting at all.

Chanting has the effect of putting hundreds, even thousands of sounds into memory and really ingraining them into memory over and over. To me this seems absolutely contradictory to what we are trying to do with meditation.

With meditation we are trying to free the mind of its necessity to work. Free it from doing what it naturally does which is spout thoughts out like a sprinkler.

Chanting involves not only listening to sounds over and over, but actually producing them from memory. So you’re doing far more than just listening.

It would be FAR better to just listen to chanting to calm the mind before meditation than it would be to actively take part in saying the chant.

That said, it’s FAR better to not chant at all for most people. It’s a relic of Buddhism and not necessary.

Chanting has become a rather large part of Buddhist practice. There is chanting at every sort of ceremony or meeting that I have ever seen at a Buddhist temple. There is chanting of Pali language with Westerners at forest temples in the Northeast of Thailand and really all over Asia.

Most of the time foreigners and possibly even native speakers of the country that the chanting is being done in, don’t understand what they are saying.

So chanting alongside meditation is used as a temporary tool, or at least it should be temporary, to quiet the mind and help it to attain focus on one object. Unfortunately chanting involves many different factors that can all create thought and even discord in the mind of the meditator.

For a while as I was beginning meditation I used some short phrases with my in-breath and out-breath in order to help me focus better on just a few topics instead of having my mind run amok. This is a tool that I used instead of chanting.

I have tried chanting at some temples in the Northeast of Thailand just by reading the words. This was after I had already made a lot of progress in meditation and so I saw no point at all in it for me.

I would recommend for beginner meditators not to use any chanting to calm the mind or to take part in Buddhist practice, or really for any reason. There are other ways to quiet the mind and give it less to focus on than chanting. Even counting the breaths in and out as one or in as one out as to even this is a world better than chanting out loud some words you have no idea the meaning of.

Buddhism has incorporated many practices that are not necessary at all for progress in meditation. In fact I think Buddhism itself is clouding the meditation process for people that have no interest in changing or gaining a religion.

Meditation without religion progresses faster and so much easier than it does with a religion like Buddhism (or any -ism) attached to it.

What you’ll find as you read my blog here and my books if you read them, is that I don’t believe in adding religion to the physical and mental process of meditation at all. I found that I didn’t need it, and I think that you don’t need it as well.

I often mentioned that I have met many dozens of monks who have meditated for 20, 30 and 40 years, and who are not even well into (or started at all) the Jhanas. There’s a reason for that. It isn’t for lack of trying!

The system, the process, is flawed. It’s flawed because Buddhism added things to the very simple process of meditation and caused it to be MORE difficult to practice successfully.

Why Are You in Thailand?

Coming to Thailand in 2004 was a decision that was based on many factors going on in my life at the time. More than anything I wanted to find out some answers about meditation that I was not able to get while I was in the United States.

I had asked Buddhist monks from Thailand who were living at temples in the United States about my meditation practice and found that they were either disinterested or lacking in knowledge about various states of meditation like the Jhanas.

The other major reason for coming was that I was becoming disillusioned with the United States and its relentless focus on money, things, pride, ego, etc.

I went to the forest temple, Wat Pah Nanachat in Ubon Ratchathani in late December after the tsunami. I met with monks including the Abbott of the temple and learned more about the experiences I had in meditation.

These were the answers I was looking for and so instead of stay at the temple and become a monk myself and picking up a religion I had no use for, I left the temple to come to my own conclusions.

My idea was just to stay in Thailand for about one year and see if I could really live in a place so foreign to the United States. Different people, different language, different food, different culture all together presented quite a challenge. And yet, Thailand is welcoming to foreigners and the transition was not very difficult at all. Certainly not as hard as I imagined it would be.

After some consideration of what I was told by the monks I realized I had no need for that.

Is There Something Mystical in Thailand or are There Monks to Guide You There? But Guide to Where and What?

Well since I arrived I have been in Thailand for 18 years now. I can tell you with certainty there is no mystical or magical thing here in Thailand that will help your meditation.

Initially some monks guided me with what they thought I should do (which included chanting!). The consensus was I should stay at the temple and meditate as much as possible and possibly become a monk at some later time.

Other monks told me I should get into the Jhanas and when I come out of them I should look at certain questions designed to provoke insight.

Instead, I chose just to meditate when I felt like it, just when the feeling struck me. I also had a time of intensive meditation that seems to have led to the present state I’m in now. I also have a video about it on that page.

Please keep in mind that monks in general in Thailand first of all do not speak English well enough to explain to you what you need to do to meditate in a way that will produce results.

Secondly, monks will bring Buddhism into your practice when really there is no need for it. You are probably much better off to read a good book about the subject and follow strictly the suggestions there.

You need not go further than sitting on the floor of any room of your house in the evening before you sleep for 20 minutes a night and practicing focusing on the breath.

The proper steps for a meditation practice that will benefit you greatly and lead to progress toward the Jhanas is not difficult at all. The more that you involve other people, talking about it, meetings, chanting, watching movies about it, reading many books about it, will all serve to cloud your path.

The path is much simpler than anyone imagines.

The implementation of the simple steps involved in the path can be difficult to stay with.

If you have questions or would like me to listen about what is going on in your own practice, feel free to contact me anytime by email.